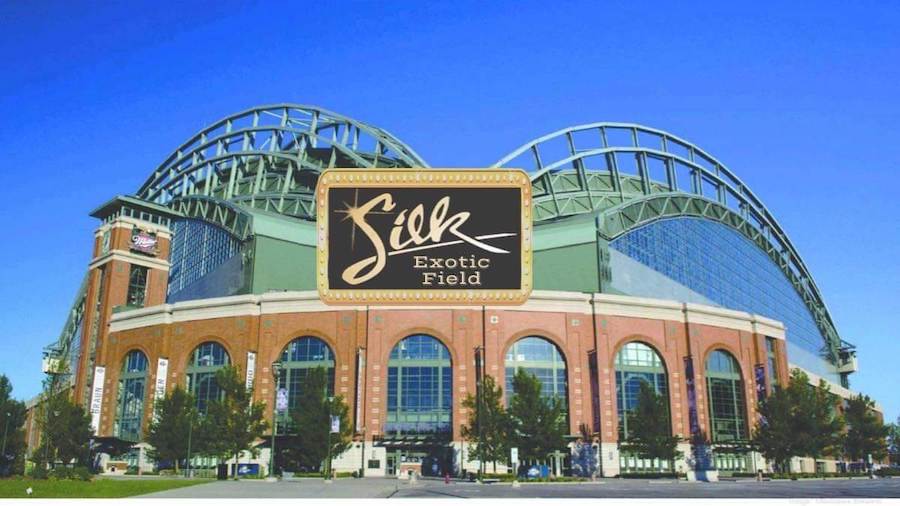 Today, the American Family Insurance Corporation pulled out from the 40 million dollar deal for naming rights to Miller Park. With Miller Brewing already out of the picture, it left current Miller Park administration desperately searching for a new sponsor. Enter stage left, Silk Exotic. Yes, folks, Silk Exotic. While this may have eased the minds of the administration staff it did not come without controversy. Some of the comments were as follows:
“This is a family venue, I don’t think Silk Exotic represents those values”
“That’s all we need is strippers at a ballpark”
Oddly, comments came in two groups.
“This is the best fucking think to ever happen to baseball”
“Strippers riding the foul poles? God Bless America.”
With the public clearly divided, Miller Park administration says they have little option but to accept the deal. A representative from Silk Exotic was quoted saying “Hell, we are in the entertainment business aren’t we?”