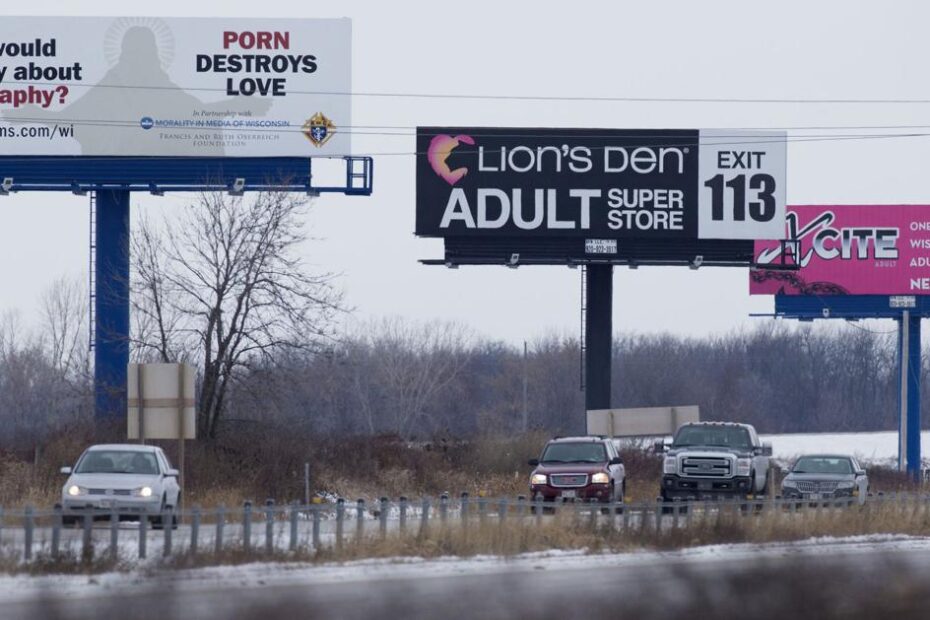 FOND DU LAC, WI- Imagine if you will, Lakeside Park and its picturesque lighthouse that stands tall on Lake Winnebago’s southern shore. Playgrounds filled with laughter. Roads bustling with tourists and locals unaware of the unspeakable horrors being kept at bay by a billboard just outside the city.

Standing like a shining edifice above the busy highway. The billboard beautifully encapsulates the eternal battle of good versus evil, as it’s double teamed by advertisements for adult themed party stores on both sides. Unfortunately, not afraid of a good time, Fond Du Lac has quickly become one of the most sinful places in Wisconsin and don’t think the devil hasn’t taken notice.

The mayor took to a press conference last week to address the citizens concerns. “Streets of fire, children of fire, canals of fire, doesn’t exactly paint a pretty picture of our town does it? As long as the billboard stands I assure you there is nothing to worry about.”

Other than the occasional sinkhole, gargoyle attack and demonic possession, life moves on in Fond Du Lac. If the Devil does decide to come to town, I don’t think he’ll find a friendlier city to torture than the one with the motto “C’mon In”.