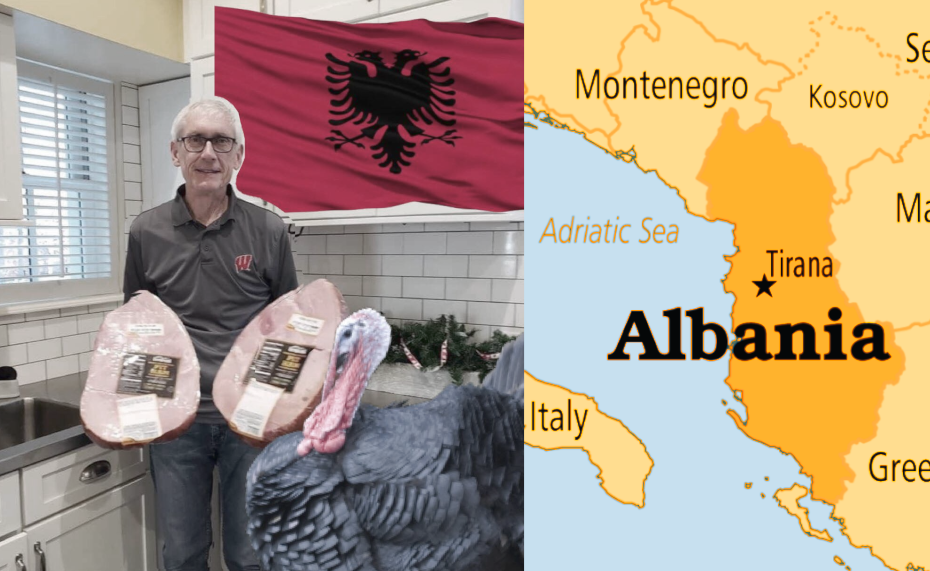 MADISON,WI- Wisconsin Democrats and Republicans alike are in shock today as Governor Evers pardons well known Albanian nationalist Kreshnik Turkcola. Currently the worlds most wanted Turkey, not only for his delicious looking thighs that would look amazing covered in gravy. No, Kreshnik is also responsible of the bombing of a humanitarian hospital on the outskirts of Tirana, the nations capital.

Seeking asylum in Wisconsin, political pressure from the UN and Albania to return the infamous turkey have put Wisconsin Legislators in hot water. The bipartisan decision to return Kreshnik to his home country, was vexed by Evers at the last second. Raising speculation about the Governors role in the tragedy that claimed 350 children.

WNT will continue to report as the story develops.