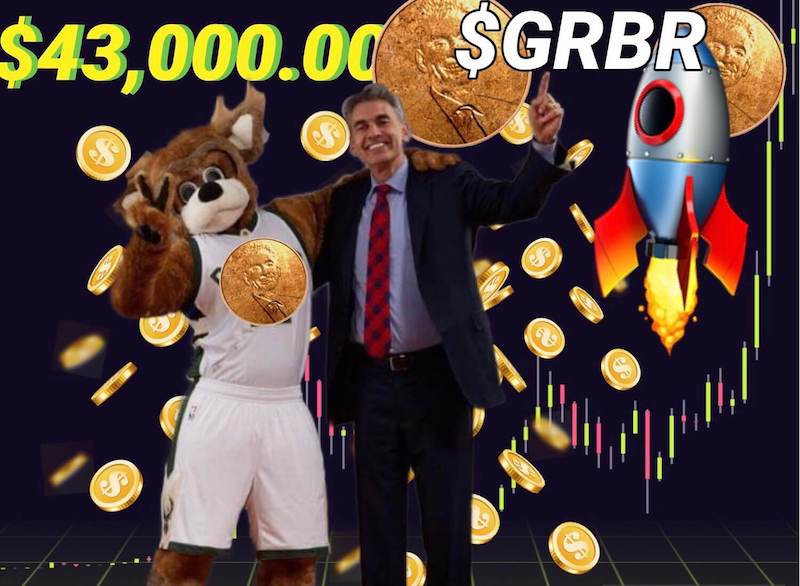 Cryptocurrency markets broke new records this week when a new digital currency called Grubercoin ($GRBR) rocketed to the top of the markets. The cryptocurrency seems to be named after Milwaukee personal injury attorney David Gruber and avatars bear his ever-grinning likeness.
At time of publishing this article, Grubercoin is valued at $41,026.58. Over $3,000 more than previously reigning cryptocurrency Bitcoin ($BTC).
The meteoric rise seemed to be sparked last Monday when comic-book supervillain come to life on twitter.com Elon Musk tweeted “#OneCallThatsAll” followed by 69 rocket ship emojis.
Members of the cryptocurrency trading community seemed to have taken notice as purchases surged and the value increased by 5,500% in just a few days.

Being called Unbelievable by Stock Site veterans finance.yahoo.com and Bazinga
“I don’t know who this goofy grinning guy is, but he’s the new Doge. Forget the Moon, we’re taking Gruber to Uranus!” commented, xXwallstreetwalrus420Xx, a user on the reddit.com online forum r/stonksnbonks.
When asked for comment, Mr. Gruber stated “We do not have any association with any cryptocurrency, but we are associated with over 30 years of helping injured Milwaukeeans get the settlement they deserve. One call, that’s all!”